Home > Favourite Itineraries > Itinerary > 9-Days: A Journey to England in the Footsteps of St. Thomas Moore

9-Days: A Journey to England in the Footsteps of St. Thomas Moore 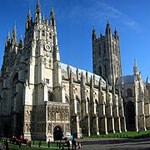 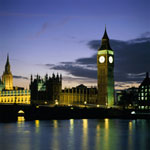 Upon arrival in London we will be met by our Catholic Travel Centre representative who will escort us throughout our tour. We will enjoy a panoramic city tour en route to our hotel. Dinner is at our accommodations this evening. (D)

This morning we will visit Milk Street, a prosperous residential area, where Thomas More was born on February 7, 1478. We will see the plaque commemorating his birthplace (exact location unknown). St. Lawrence Jewry was the family parish church and where Thomas More lectured as a young lawyer on Augustine’s City of God. We will enjoy a tour of the Guildhall (a beautiful structure, where the crypt has a fine stained glass window of More). More served as under sheriff at the Guildhall, advising the sheriff and the mayor on legal issues arising from their dealings with Londoners from all trades and walks of life. He was also a member of the Mercer’s Guild which met regularly at the Guildhall.
While studying law at Charterhouse, More attached himself to the strict Carthusian Monastery to receive spiritual guidance. We visit Lincoln’s Inn, one of the oldest and best law schools in England, and where Thomas More actively participated as a student, lecturer and then governing officer. A statue of Thomas More is situated over the More Gate entrance to Lincoln’s Inn and he is honored in the Old Hall’s stained glass windows.

We visit St. Paul’s Cathedral, Christopher Wren’s masterpiece, where Thomas More’s good friend and spiritual advisor, Fr. John Colet, was rector. We see Blackfriars, where, in 1523, Thomas More served as speaker of the House of Commons. In his opening address he argued for “Freedom of Speech”, the first such argument ever recorded.

This evening we have dinner at a local London restaurant and we attend a Shakespeare play at the Globe Theatre tonight. Thomas More was a major influence on Shakespeare. (B, D)

This morning we visit Windsor Castle, built by William the Conqueror, who invaded England in 1066. It was here that Thomas More served at Henry VIII’s court. Henry VIII completed St. George’s Chapel in 1528 and was later buried there. King John signed the Magna Carta in 1215 at the large meadow (“mede”) close to Windsor Castle, and Thomas More referred at his trial to the first clause of the Magna Carta, which states, “The English Church shall be free, and shall have its rights undiminished and its liberties unimpaired”.
Hampton Court was built by the Archbishop of York, Thomas Wolsey, and then confiscated by King Henry VIII. Thomas More often visited Hampton Court to do business with both Wolsey and Henry VIII. The movie “A Man for All Seasons” opens here. We return to London for dinner and the evening. (B, D)

This morning we visit Lambeth Palace where Thomas More served as a page to the Archbishop and Lord Chancellor Morton. It was here he learned of the dealings of England’s greatest leaders, and probably where he delivered a comic poem he wrote in honor of his father becoming a sergeant at law and his grandfather becoming Sheriff of London. It is also where he was interrogated by Bishop Thomas Cranmer, Thomas Cromwell, Sir Thomas Audley and Abbot William Benson, prior to his imprisonment at the Tower of London.
When Thomas More lived in Chelsea, he attended Chelsea Old Church and rebuilt the side chapel in 1528. An engraved copy of Thomas More’s epitaph is on the wall of the church sanctuary. The Great Crosby Hall was built in 1466 in the heart of Bishop’s Gate, London by Sir. John Crosby. Thomas More bought the lease to his grand home in 1523. In 1910, the Hall was moved to Chelsea and restored. The Chelsea Old Library on King’s Road owns two important works of art, “A Portrait of Sir Thomas More with his Family and Household”, attributed to Rowland Lockey, and an 1895 bronze statuette of Thomas More by Ludwig Cauer.

We continue to the Tower of London where Thomas More was imprisoned in the Bell Tower for more than a year for refusing to swear to the Act of Succession and the Oath of Supremacy. He was found guilty of treason and beheaded on Tower Hill. His final words were, “The King’s good servant, but God’s First”. Thomas More is buried in the Chapel of St. Peter ad Vincula. We will visit Tower Hill and see the site of Thomas More’s execution, which is marked by a plaque. Our last stop today is All Hallows Church where Thomas More made many pilgrimages on foot to visit the famous Marian Shrine. (B, D)

We board our motor coach and travel to Oxford where Thomas More studied for two years. He was sent to Oxford by Archbishop and Lord Chancellor Morton and he attended Canterbury College, now known as Christ College. We will see the stained glass window of More to the left of the High Table when approaching from the entrance of the magnificent dining hall of Christ Church. Thomas More also served as high Steward of Oxford in 1518 and he wrote a letter defending Greek studies at Oxford. After our visit at Oxford and some free time to explore on our own or shop, we return to London for dinner and the evening. (B, D)

This morning we drive out of London and through the Kentish countryside to Canterbury, the most important ancient city in England and traditional home of the Archbishop of Canterbury. In 1170 Thomas Beckett was murdered in his own Canterbury Cathedral by the Knights of Henry II. He was canonized shortly after and for centuries pilgrims have flocked to his shrine. Thomas More considered it significant that he would die on the eve of that saint’s feast. It is believed that More was named after Thomas Becket. The shrine of Thomas Becket was destroyed by Henry VIII, three years after More’s execution.

We will see where Thomas More’s eldest daughter Meg and her husband William Roper lived, opposite St. Dunstan’s Church. The Roper family vault is where Thomas More’s head is buried. His daughter retrieved it after it was displayed on Tower Bridge. We will also see the fine medieval walls of the city before returning to London for the evening. Tonight, dinner is on our own. (B)

This morning we will see the Houses of Parliament and see More’s coat of arms in the House of Commons. We will visit the impressive Westminster Abbey. Thomas More served in parliament in 1504, which met in the Chapter House of Westminster Abbey. We will also visit Westminster Hall where both More and his father practiced law. We will see the plaque which marks the spot where Thomas More was tried for treason on July 1, 1535. We will also visit Westminster Cathedral, the Catholic Cathedral of London.
At the National Portrait Gallery we will see magnificent portraits of the More family, Henry VIII, Catherine of Aragon, Anne Boleyn, and more.

We have some time this afternoon at leisure to explore England’s exciting capital on our own. Tonight we gather for a Farewell Dinner at a local restaurant. (B, D)

We transfer to the London airport for our return flight to the USA. (B)